A package that provides simple features access for R. 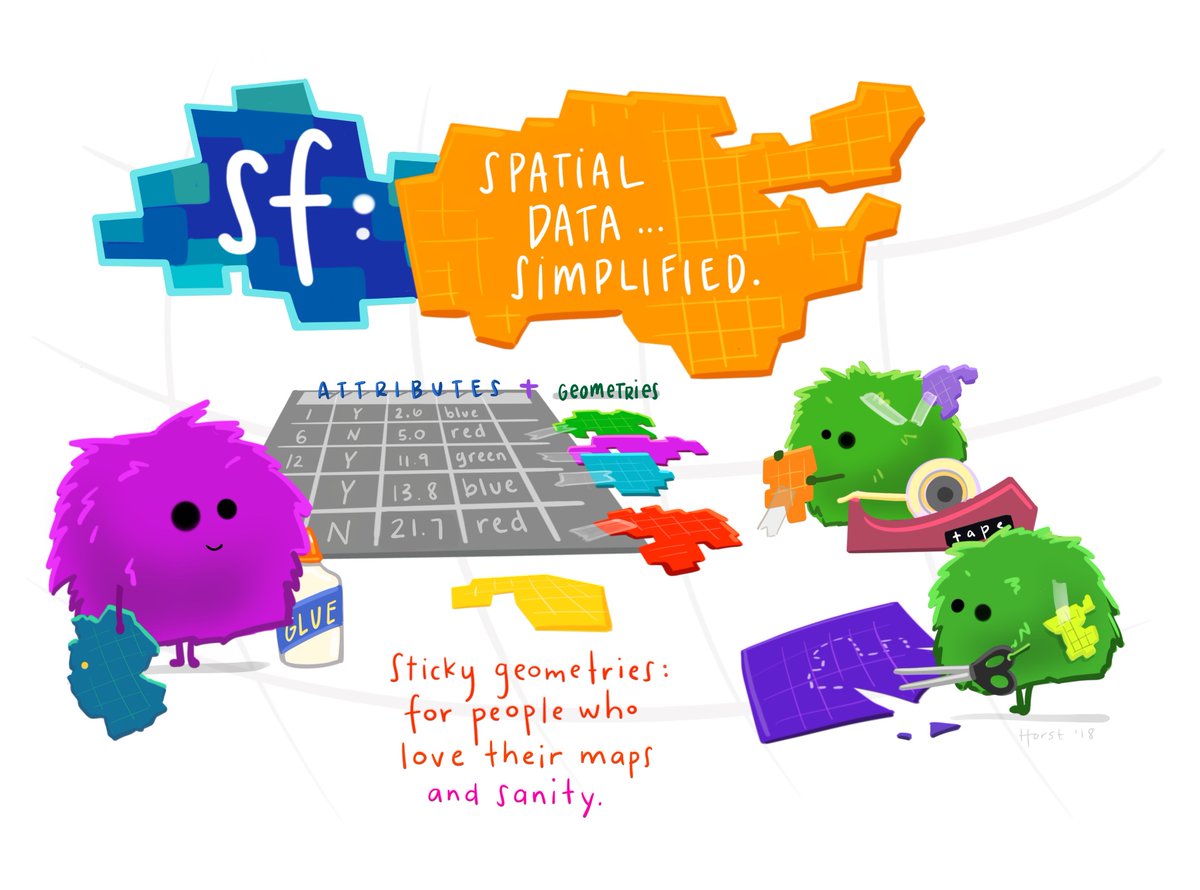 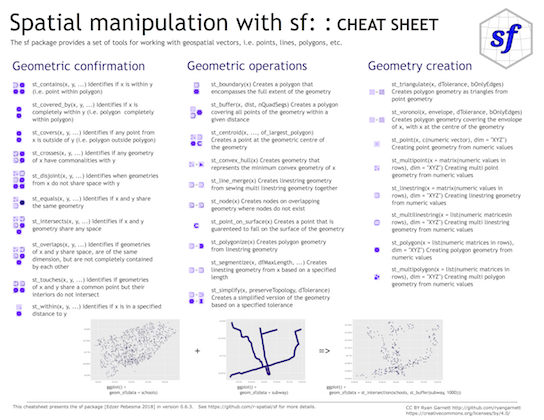 Install either from CRAN with:

This will install binary packages on Windows and MacOS, unless you configured R such that it tries to install source packages; in that case, see below.

Install development versions from GitHub with:

Installing sf from source works under Windows when Rtools is installed.

MacOS users are strongly encouraged to install the sf binary packages from CRAN, unless they are familiar with compilers, linking, C++ source code, and homebrew.

The easiest way to install gdal is using Homebrew. Recent versions of Homebrew include a full-featured up-to-date gdal formula, which installs proj and gdal at the same time:

Once gdal is installed, you will be able to install sf package from source in R. With the current version of proj on homebrew, installation requires additional configuration:

Or the development version:

If you are using sf and rgdal together, it is necessary to install rgdal from source using this configuration:

Dependencies for recent versions of Ubuntu (18.04 and later) are available in the official repositories; you can install them with:

However, to get more up-to-date versions of dependencies such as GDAL, we recommend adding the ubuntugis-unstable PPA to the package repositories and installing them as follows:

Adding this PPA is required for installing sf on older versions of Ubuntu (e.g. Xenial).

Another option, for advanced users, is to install dependencies from source; see e.g. an older Travis config file for hints.

Get gdal, proj and geos from the main repos, and udunits from the AUR:

To install on Debian, the rocker geospatial Dockerfiles may be helpful. Ubuntu Dockerfiles are found here.

Multiple GDAL, GEOS and/or PROJ versions on your system

If you use dynamic linking (installation from source) and have multiple versions of these libraries installed (e.g. one from ubuntugis-unstable, another installed from source in /usr/local/lib) then this will in general not work, even when setting LD_LIBRARY_PATH manually. See here for the reason why.

Functions and methods that require liblwgeom, including st_make_valid and all spherical or ellipsoidal metrics (area, distances), have since sf 0.5-5 been moved to their own package, lwgeom, which is also on CRAN.

This project gratefully acknowledges financial support from the